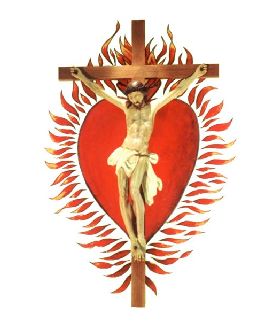 My country continues to mourn after the horrible act of murder committed in Orlando this past weekend. Fifty people dead, many more wounded, and all because a man with a gun wanted us to be afraid. All the details have yet to come out, but the authorities were quick to label this atrocity an “act of terrorism.” By definition, terrorism is an act of forcing people to live in fear.

At times like this, many Christians wrestle with questions of God’s mercy and goodness, but what has struck me almost immediately is the contrast between the fear of God and the fear induced by terrorism. It has become something of an atheist trope in modern times to equate the God of the Bible with terrorist acts. Back in January, the French satirical magazine Charlie Hebdo–having been the victim of terrorism itself just a year earlier–released a cover in which God is depicted as the true assassin who causes all the world’s violence and who yet still runs free. Others have pointed to the texts of Scripture, particularly in the Old Testament, to justify the charge that the God Christians and Jews worship is nothing more than a brutal thug whose worshippers only follow Him out of fear of what He will do to them if they do not.

The Bible seems to speak two ways about fear. On the one hand, fear is something harmful. “There is no fear in love,” says John, “For perfect love casts out fear, for fear has to do with punishment, and whoever fears has not been perfected in love” (1 John 4:18). On the other hand, the fear of God is held up as admirable, even virtuous. The psalmist says, “The fear of the Lord is the beginning of wisdom” (Psalm 110:10). Jesus combines these two ideas when He tells us, “Fear not those who kill the body but cannot kill the soul. Rather fear Him who can destroy both soul and body in hell” (Matthew 10:28).

If God is not a terrorist, than why would He want us to fear Him? Saint Thomas Aquinas addresses this at some length in his Summa Theologica. Reaching back to Saint Augustine, Thomas says that fear always begins with love because we only fear losing that which we love. If our lives meant nothing to us, we would have no fear of losing them. So the goodness or evilness of our fear is relative to the love which generates it.

What are we so afraid of? What is it that we do not want to lose?

When it comes to fearing God, Thomas identifies two different kinds of fear that we might have towards Him. The first is “servile fear.” This is our fear of punishment. It is the fear that a servant has for displeasing his master, lest he be struck. It is the fear that keeps us from mouthing off to our bosses, lest we be fired. This is often the first kind of fear that we have towards God. We worry that if we do the wrong thing, God will mess up our lives, perhaps even condemn us for eternity. This is the kind of fear that so many modern atheists decry as being equivalent to terrorism. We are good not for goodness sake but because we fear what God will do to us if we are bad.

Believe it or not, Thomas does not think that servile fear is all negative. In fact, servile fear can be a very good thing, at least in the beginning, if it motivates us to want to keep God’s commandments, which are ultimately for our own good. A child who touches a hot stove learns to fear it, which then keeps the child from burning himself a second time. If the servile fear of God keeps us from doing those things that are harmful to us and to others, than it has a worthwhile purpose.

But the servile fear of God can become distorted and even deadly if it is left alone. Thomas says that the second type of fear of God, “filial fear,” is the more excellent of the two. It is a fear that is based in love. When we care deeply about somebody, we fear that we will hurt them or let them down. We fear that our weaknesses will create anguish or displeasure for them. This is the filial fear of God, that we who are weak and easily corruptible may displease the God we love. This kind of fear is not centered on ourselves, on what we have to do to keep from being punished, but it is centered on God and on how perfectly good and perfectly loving He is. It is the fear that comes when we see God as He really is and we see ourselves as we really are, when the mask falls off of our eyes and we realize that God’s goodness and holiness so dramatically surpasses our own. We see how beautiful and wonderful God is and we long to please Him and be like Him, but we fear that we never will be able to do so. Ultimately, this fear is answered by God Himself who perfects us through grace, assuring us not only of the pardon of our sins but that we will be made like Him, infused with His love and His light. “The fear of God is the beginning of love: and the beginning of faith is to be fast joined to it” (Sirach 25:16).

Terrorism breeds a kind of fear that is useless. The motivations of terrorists vary dramatically. Some are simply mentally disturbed and wish to invoke fear for its own sake. Some have some greater purpose in mind, however warped that purpose may be, and they see the fear they engender as the first step along the path to convincing the rest of us to fall in line. But either way, the fear that comes from acts of terror is incapable of making anything better because it is incapable of producing love. It is a fear that can only work on that first level in which we worry about losing the things of this world: our wealth, our security, even our very lives. That may drive us into a state of panic, but it cannot do anything else. Terrorism is ultimately self defeating. It is an admission of failure.

So what should our response to terrorism be? I want to suggest, along with Saint Thomas, that it ought to be fear, but of a different sort than the kind that terrorists want us to have. At times like these, we absolutely need the fear of God to make us whole. Rather than giving in to a state of panic over what we have lost and what we might yet lose, we can look into the very heart of God and see a perfect love there that will shatter us with its beauty. We can look at the cross and see the immeasurable love of God that is poured out there, a love that is bottomless, a love that is so powerful that it can redeem every suffering, wipe away every tear, and forgive every wrong. That kind of love is so big that it ought to scare us, because we are fooling ourselves if we do not realize that even the very best of us do not love so perfectly. Yet it is that same love, of which none of us are worthy, that will ultimately perfect even weak and fearful people like you and me, making us into something far more glorious than we could possibly imagine. The terrorist can do a lot of damage. He can take many things from us. But he cannot take God’s love from us. Even when all the world is in flames and everything we have is loss, that is a love that cannot be taken away from us.